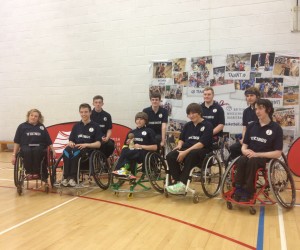 The National Junior League (under 19’s)

This season the Leicester Cobras will be entering a team in the BWB National Junior League, having had many successful seasons working with the Vikings juniors team from St Helens.

The new Leicester Cobras Under 19’s team will be coached by the very experienced Fran Hawkins. We will be working with other junior players from the East Midlands and also East Anglia.

The Junior League is played over three rounds a season with a League Final to decide the overall winners.

The dates and venues for the Junior League are:

The Leicester Cobras aim to encourage new junior players into the sport and are looking to build a stronger team, so if you what to try out this exiting sport please get in touch.

The Lord Tavener’s Junior Championship is regional based and will be taking place in the summer this season. It is a three day, regional based event for Under 19’s (10 foot hoops) and Under 15’s (8 foot hoops).

The Junior Championship are normally held at Worcester

The dates for the Junior Championship are still to be confirmed